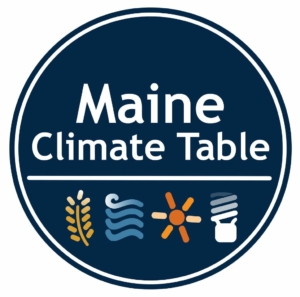 “The Climate and the Lobsterman”

PROLOGUE: An interview for The Climate Common typically generates two or three hours of continuous video footage.  The goal (and challenge) I have is to edit all this footage down to just 7-10 minutes of a compelling story.  On a cold Saturday afternoon in February, Richard Nelson, recently retired lobsterman in Friendship, Maine, single-handedly un-did my working model for The Climate Common.  What upset my game-plan was his deep, heartfelt, understanding of climate, fishing, and the bigger picture.  The final interview, posted here, is 30 minutes.  It may be too long for modern-day attention spans.  But if you want the perspective of a lobster fisherman, listen from start to finish and let the story unfold organically before you, just as it did for me that February day.  The last minute of the interview is like poetry.  If you listen to the whole interview you will feel like you were sitting right there with us in his kitchen overlooking Friendship harbor.

The first thing you need to understand about Richard Nelson is his ability to process the complex world swirling around lobster fishing.  Don’t let his reflective speech or good-humor fool you.  He knows things we could never know unless we too had worked hard on the water for 35 years.  But more than just experience on the water, Richard also can pass a lifetime of experience through the lens of a changing world.  He’s a lobsterman philosopher of sorts.  And if you have the patience and listen to the whole interview you will realize what a privilege it is to sit with him in simple, quiet, undistracted conversation.  Such opportunities are rare in the day of 140-character proclamations.  With our collective attention deficit disorder, we miss the wisdom needed to create the future we imagine.

I only met Richard in December 2019, at the first meeting of the Coastal and Marine Working Group of the newly-established Mills administration Maine Climate Council.  Richard was not officially one of the select Working Group members, so he attended on his own, as a public observer.  Richard knows how to observe.  I wonder if this gift comes from over three decades on the water, where survival depends on being an expert at “observing” the world around you.

In this meeting, when it came time for the public participants in the room to introduce themselves, this is my best recollection of what Richard said (quotes are used with liberty—even Richard can’t remember exactly what he said):

“I see a lot of people on the Working Group with impressive credentials after their names, but I don’t see fishermen.  It’s their livelihoods that are impacted right now  by climate change.”  The significance of his comment, made gently but with deceptive precision, was so self-evident once stated that it hung in awkward silence for what seemed like minutes.

It occurred to me during that first Working Group meeting that most everyone in that room would probably have a job so long as there was a climate problem to be solved.  Not that anyone wanted the climate problem.  They are my colleagues and they work hard out of a concern for what Maine will be like decades from now if we don’t think things through.  Still, Richard’s comment sent a chill down my spine.  “Where were the voices of the people whose livelihoods are really at stake?” I thought.  It made me uncomfortable.  Their absence was not just an issue of climate justice.  The bigger issue, it seemed, was that the wisdom of fishermen was key to coming up with practical, workable solutions to the climate challenge along Maine’s coast.

I left that day determined to follow up with Richard, if he would allow it.  He did.  I met with him in his kitchen in Friendship on a bitter-cold February afternoon.  I came bearing fresh chocolate chip cookies from Treats in Wiscasset—a small but significant step toward building trust.  I tried to limit my questions.  I wanted Richard to fill the space during our time together.  I wanted every second of wisdom and perspective that I could capture.  After over two hours the battery on my camera died.  Pearls of wisdom were lost.  But so many weren’t.

Here you get a perspective on fishing you are not likely to get elsewhere.  Listen patiently to Richard’s story.  The last minute of the interview will be your reward.